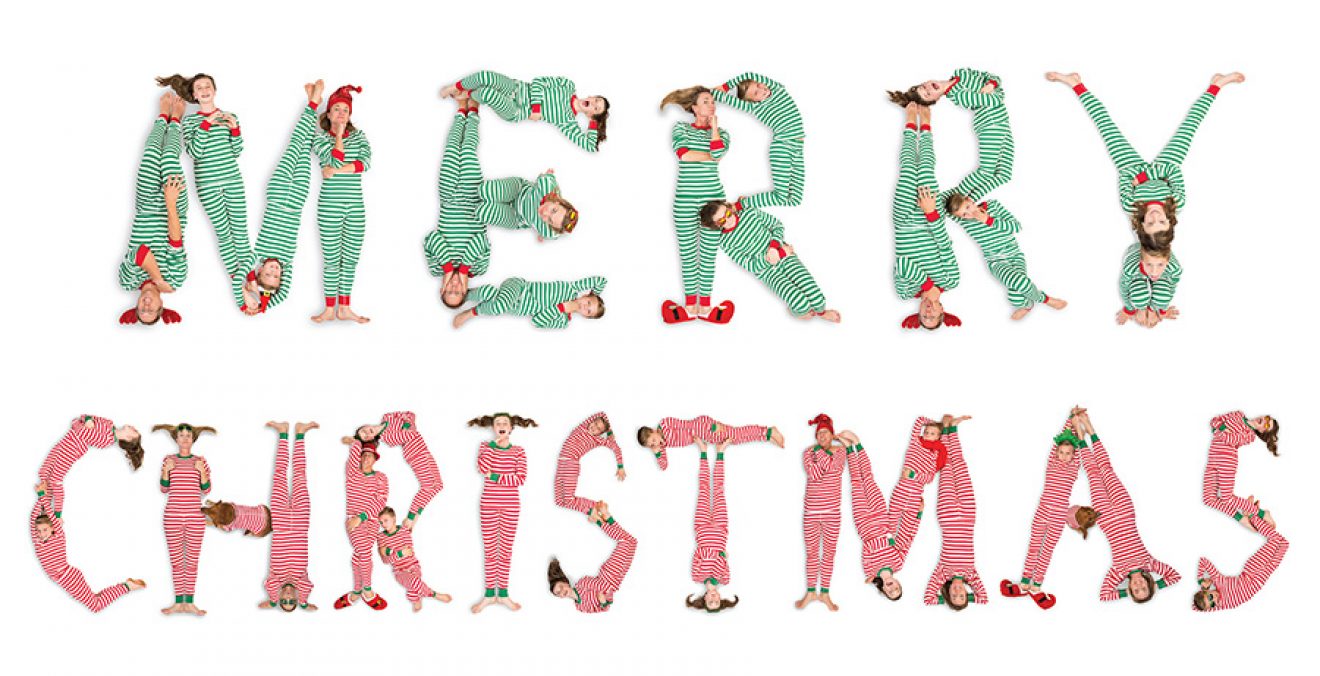 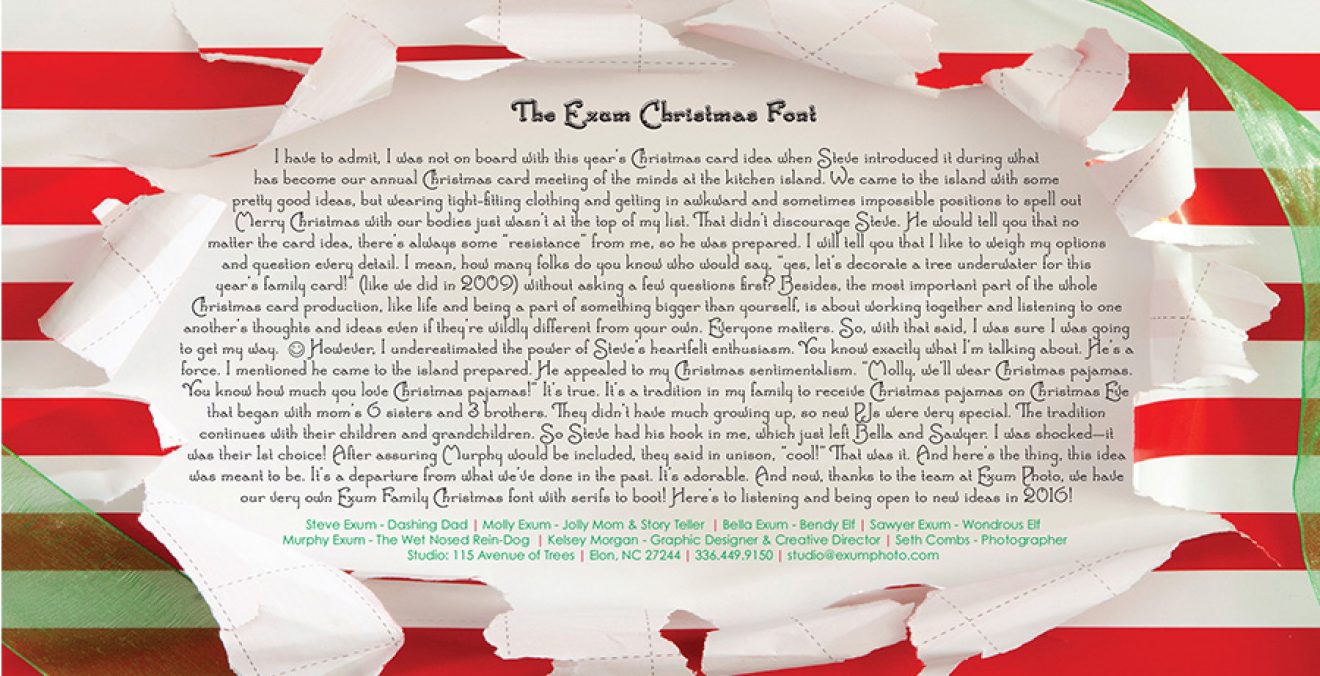 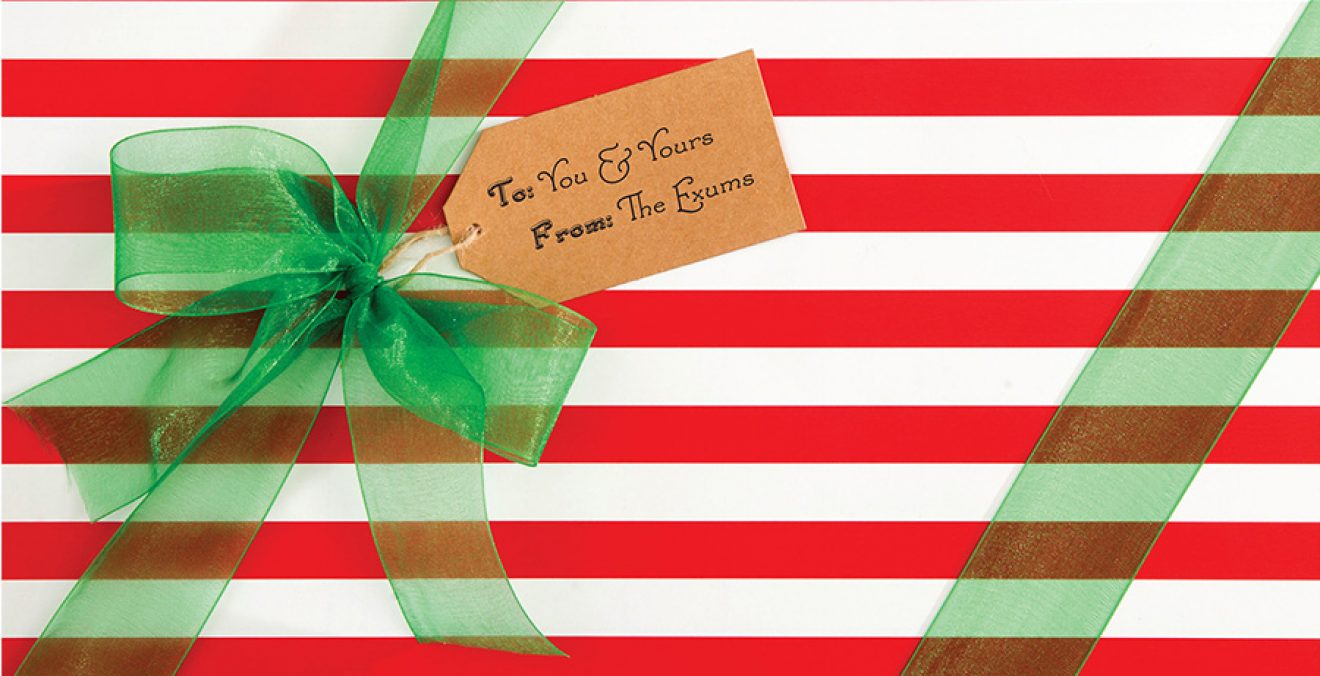 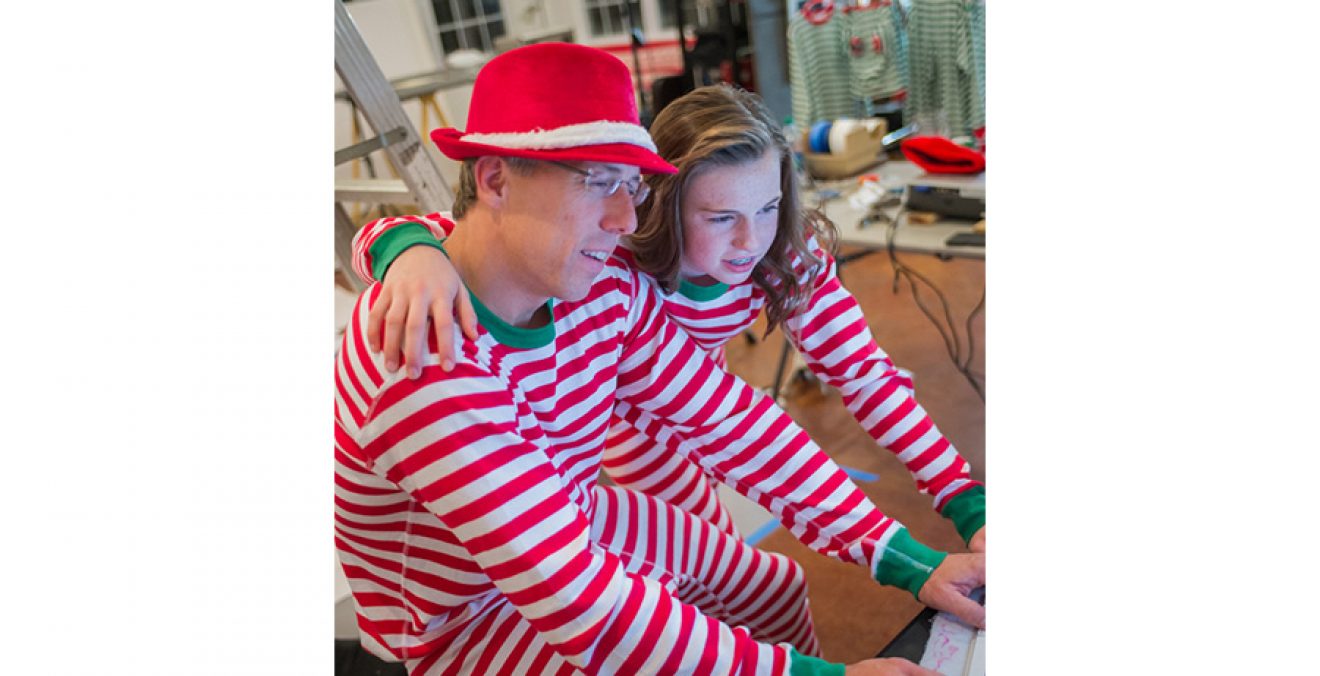 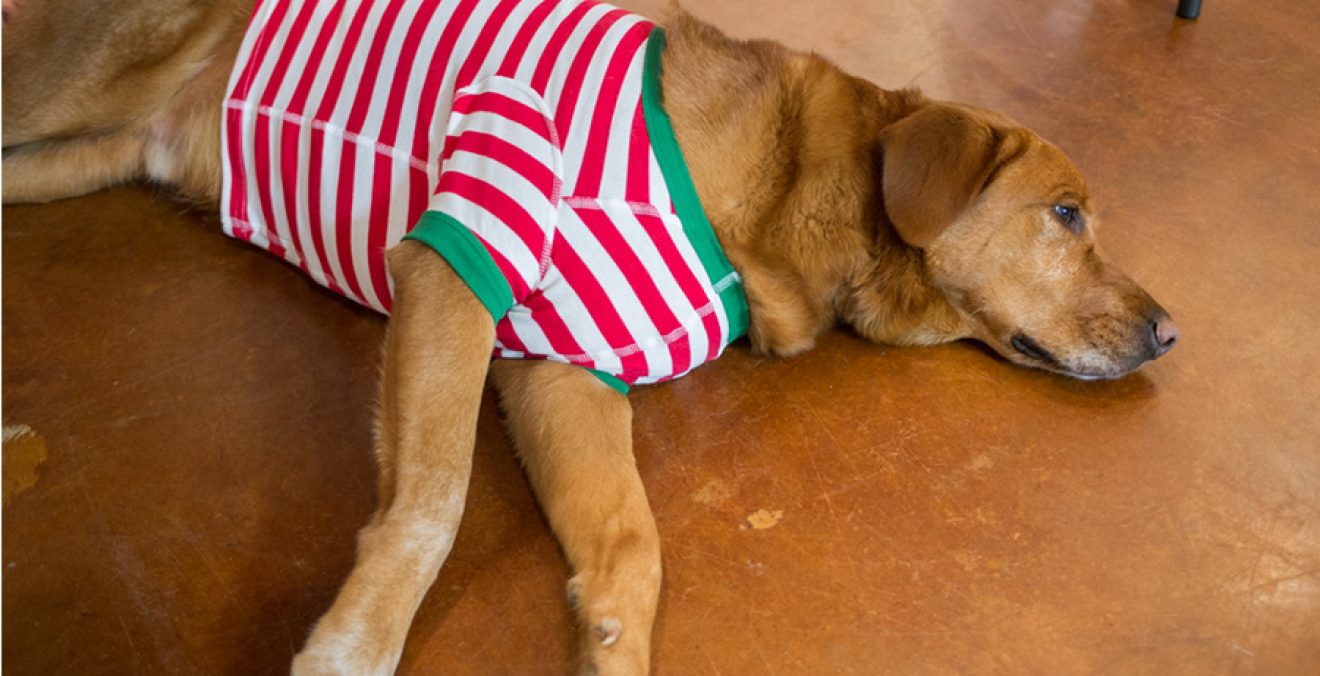 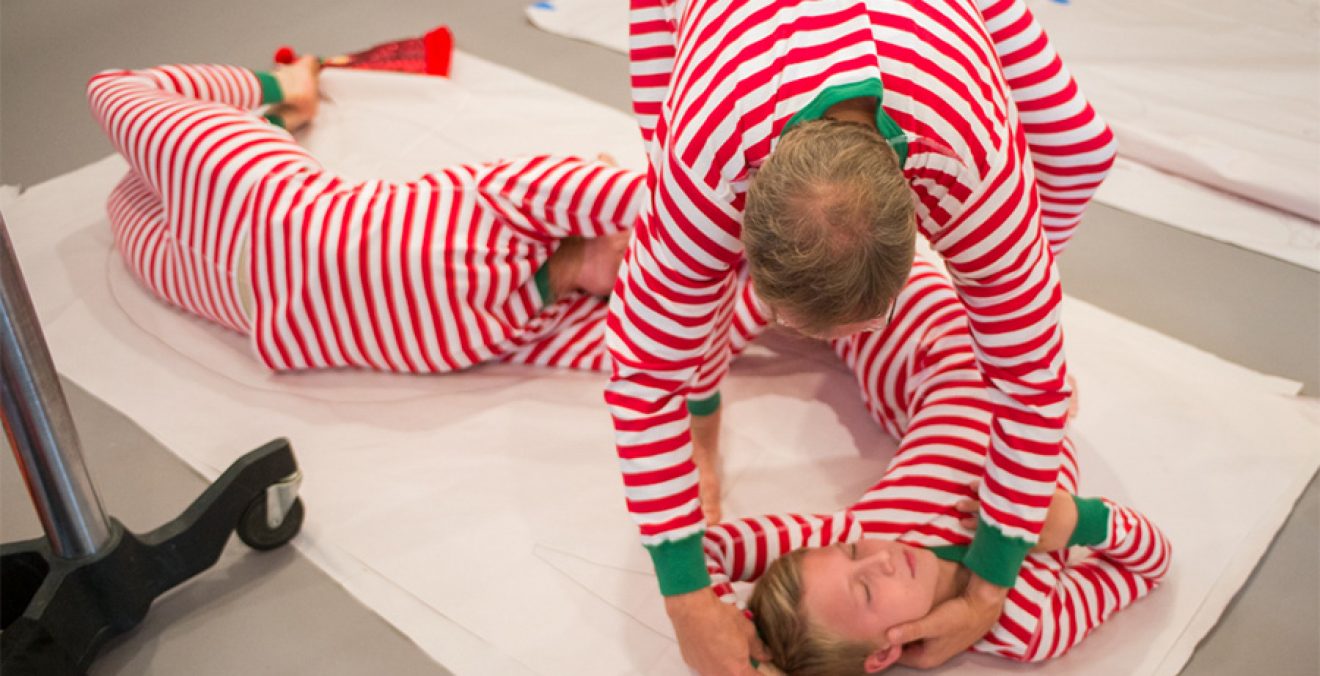 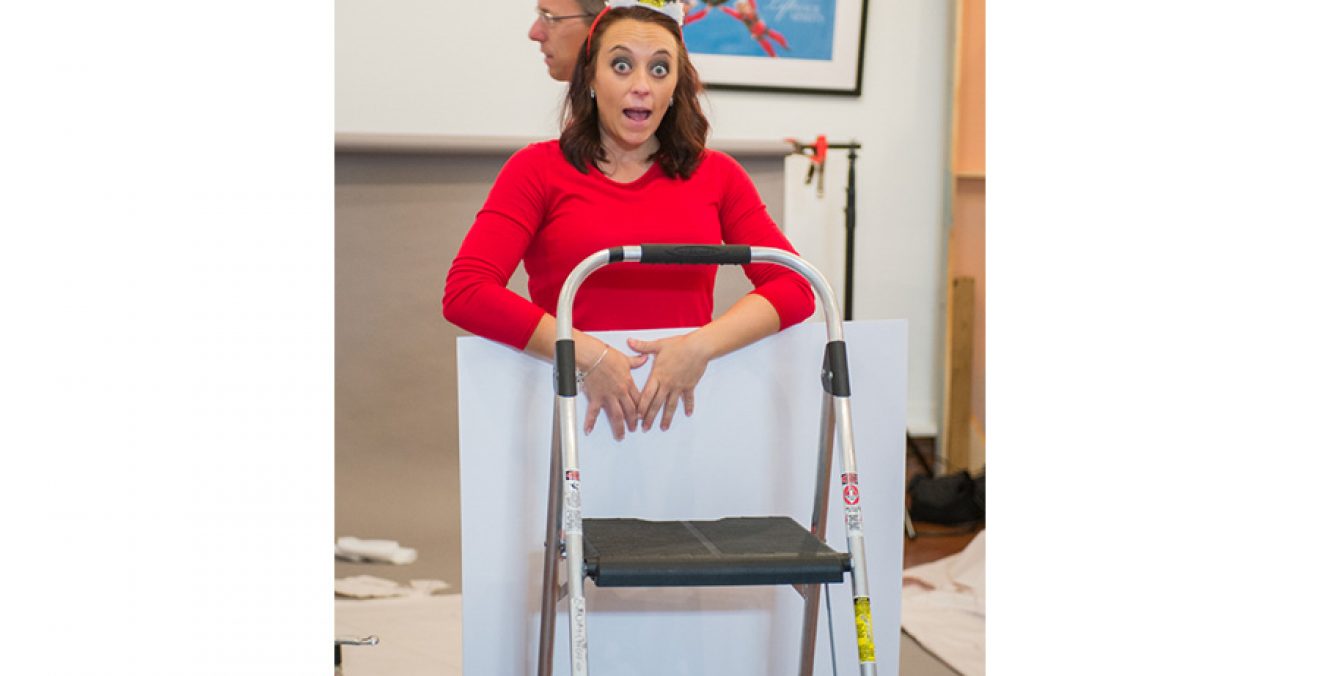 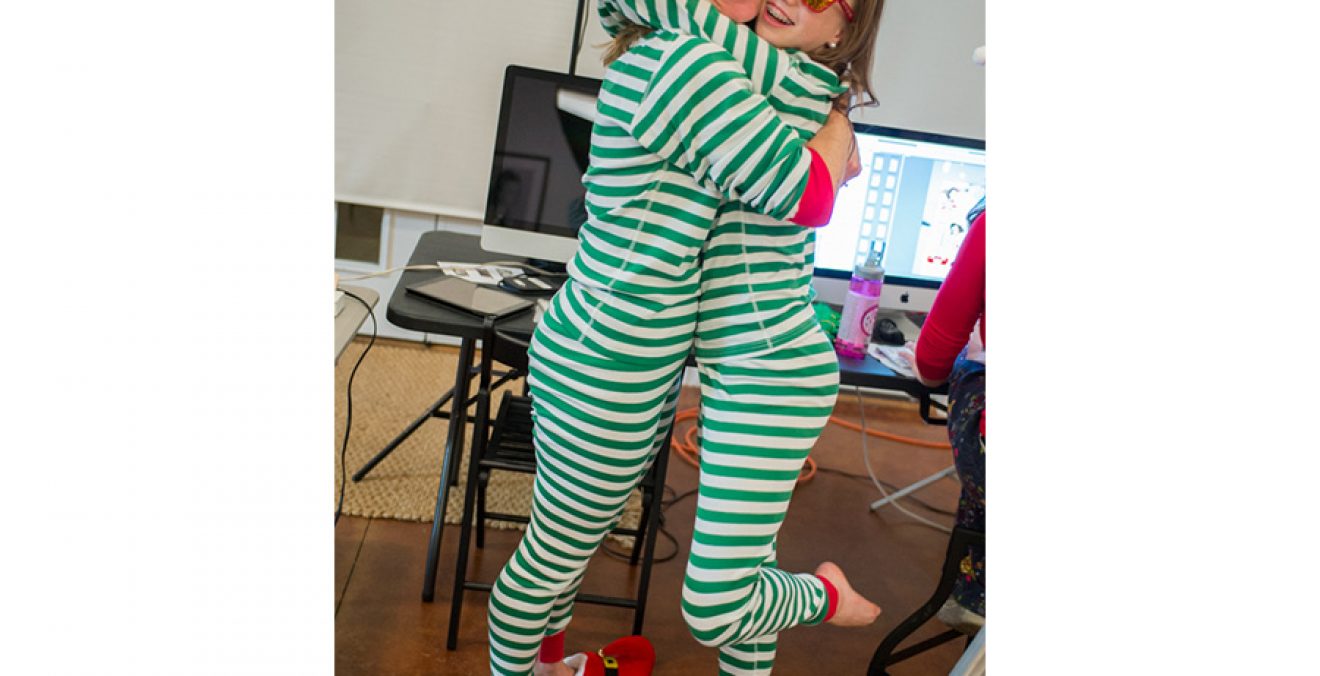 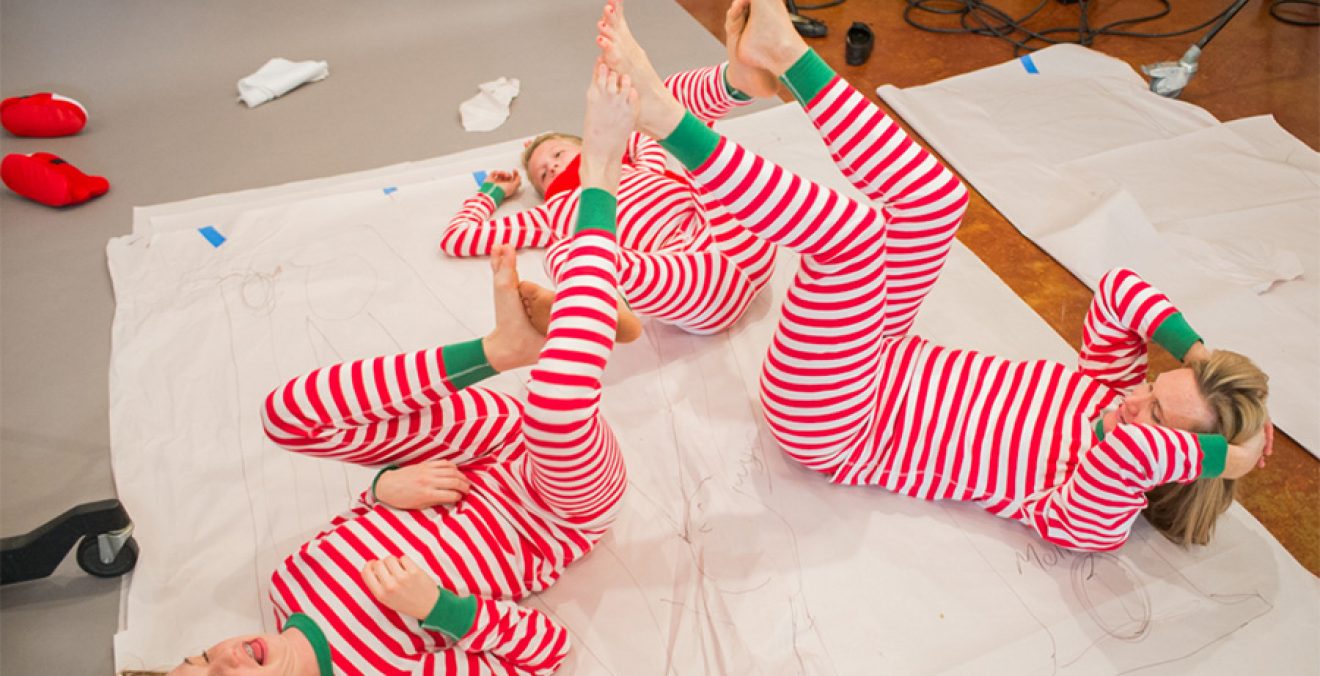 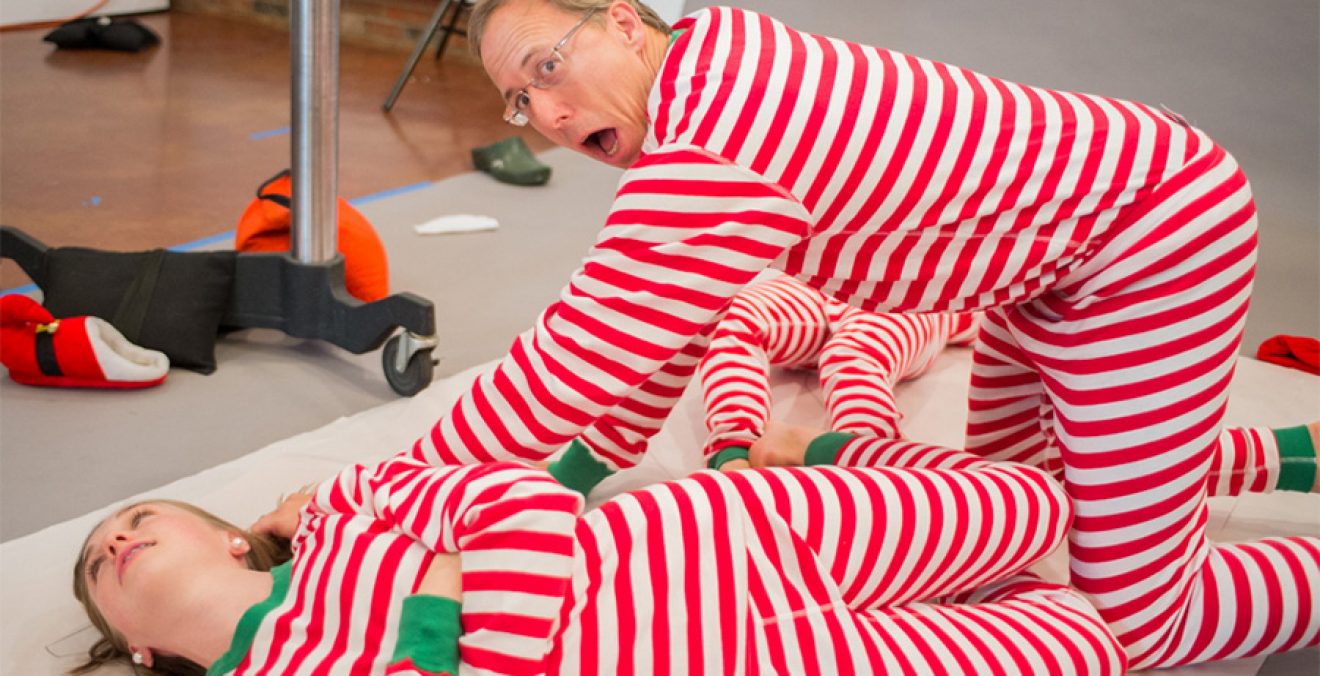 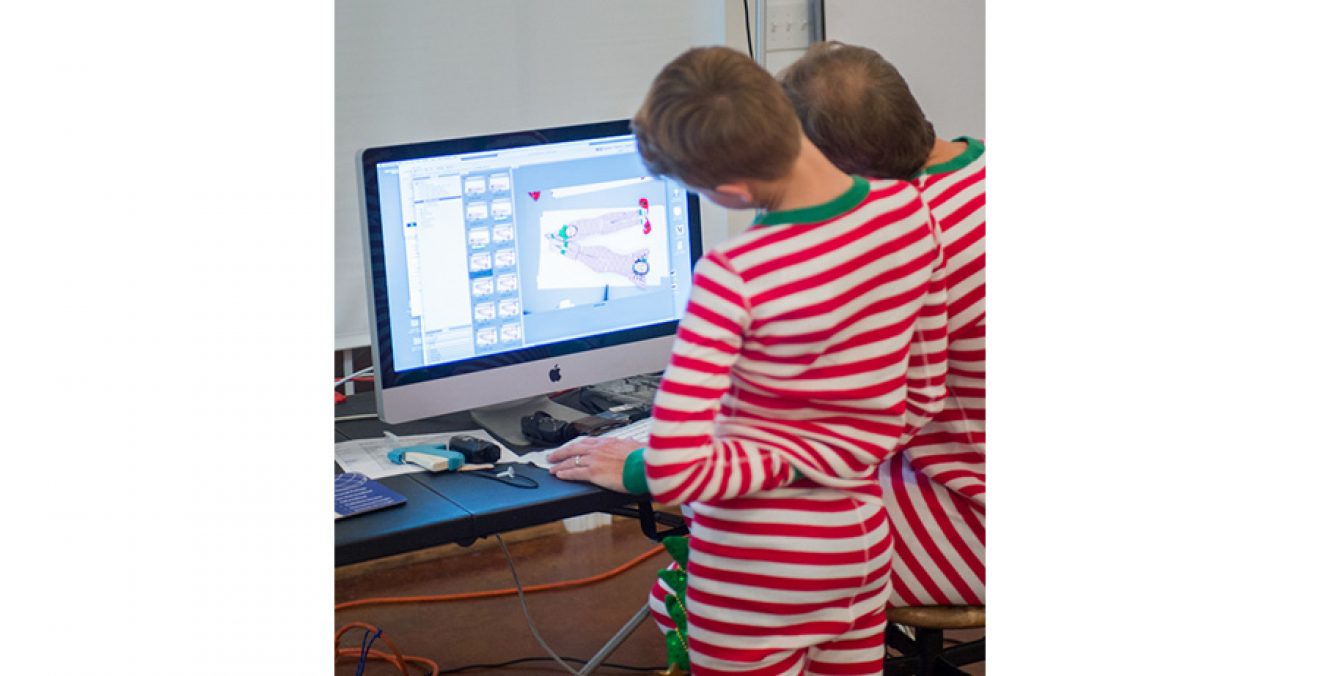 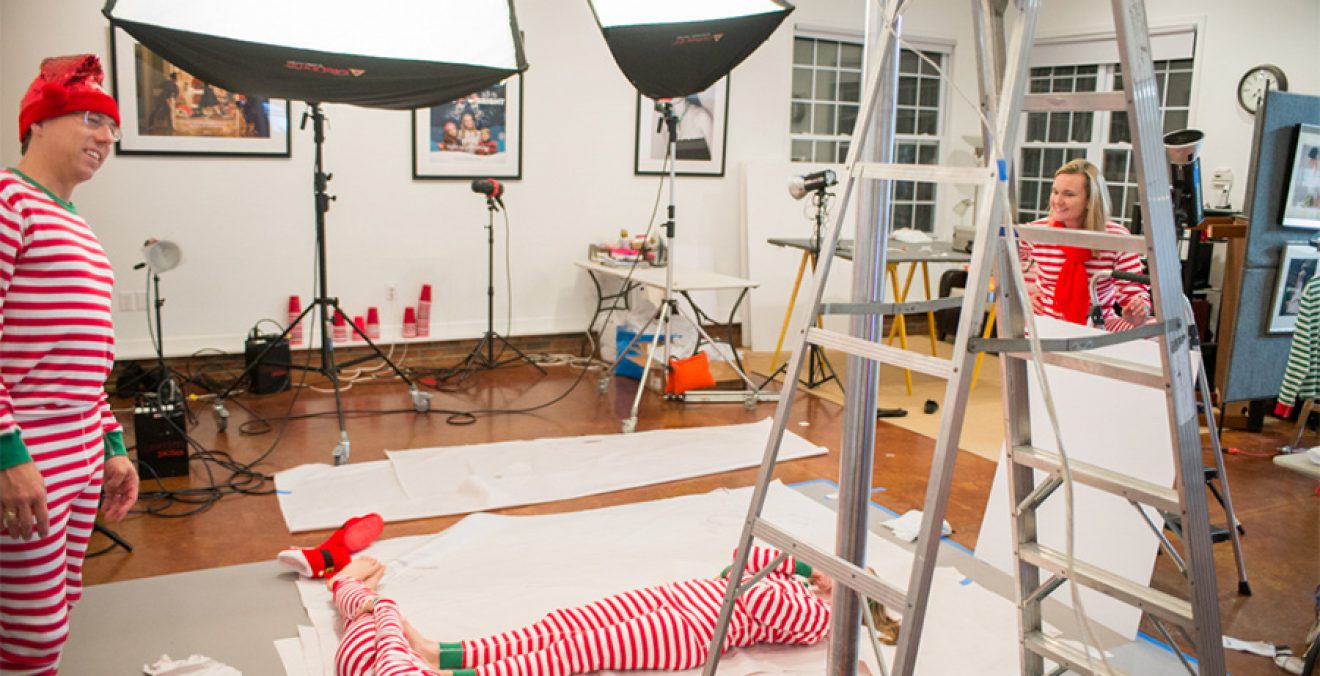 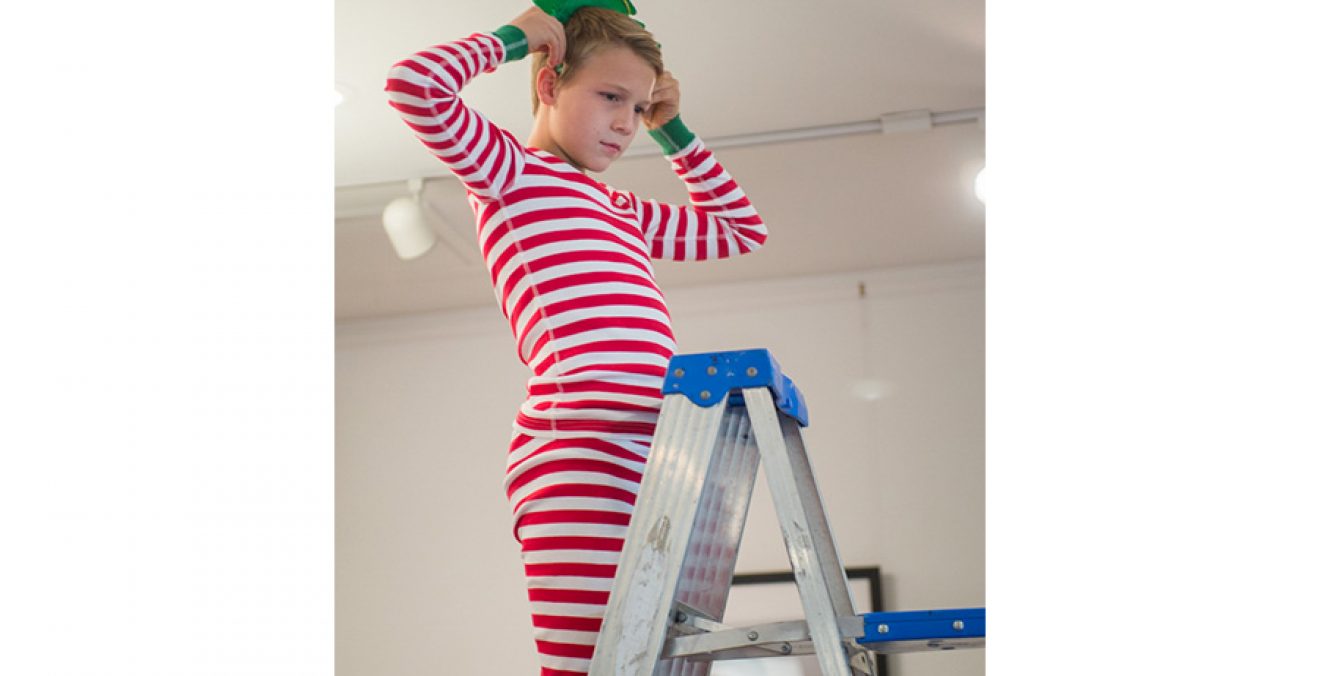 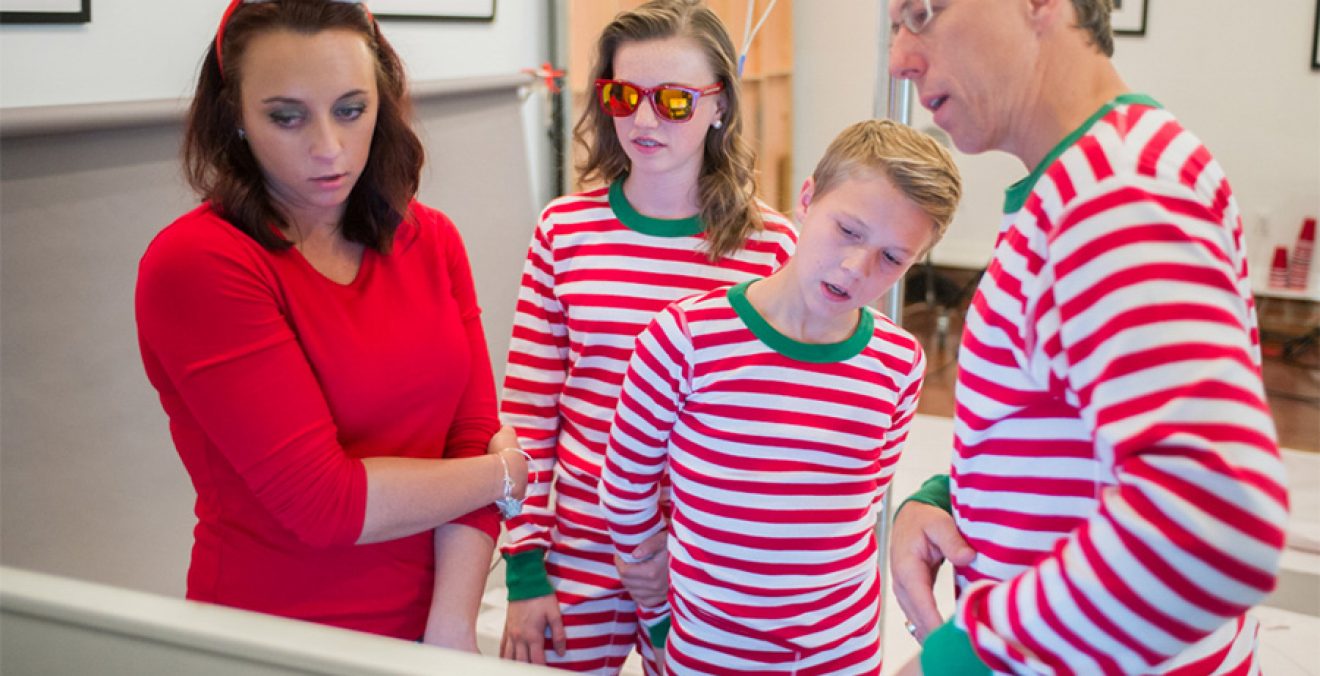 I have to admit, I was not on board with this year’s Christmas card idea when Steve introduced it during what has become our annual Christmas card meeting of the minds at the kitchen island. We came to the island with some pretty good ideas, but wearing tight-fitting clothing and getting in awkward and sometimes impossible positions to spell out Merry Christmas with our bodies just wasn’t at the top of my list. That didn’t discourage Steve. He would tell you that no matter the card idea, there’s always some “resistance” from me, so he was prepared. I will tell you that I like to weigh my options and question every detail. I mean, how many folks do you know who would say, “yes, let’s decorate a tree underwater for this year’s family card!” (like we did in 2009) without asking a few questions first? Besides, the most important part of the whole Christmas card production, like life and being a part of something bigger than yourself, is about working together and listening to one another’s thoughts and ideas even if they’re wildly different from your own. Everyone matters. So, with that said, I was sure I was going to get my way;-) However, I underestimated the power of Steve’s heartfelt enthusiasm. You know exactly what I’m talking about. He’s a force. I mentioned he came to the island prepared. He appealed to my Christmas sentimentalism. “Molly, we’ll wear Christmas pajamas. You know how much you love Christmas pajamas!” It’s true. It’s a tradition in my family to receive Christmas pajamas on Christmas Eve that began with mom’s 6 sisters and 3 brothers. They didn’t have much growing up, so new PJs were very special. The tradition continues with their children and grandchildren. So Steve had his hook in me, which just left Bella and Sawyer. I was shocked—it was their 1st choice! After assuring Murphy would be included, they said in unison, “cool.” That was it. And here’s the thing, this idea was meant to be. It’s a departure from what we’ve done in the past. It’s adorable. And now, thanks to the team at Exum Photo, we have our very own Exum Family Christmas font with serifs to boot! Here’s to listening and being open to new ideas in 2016!