Helping hearts, one paw at at a time! 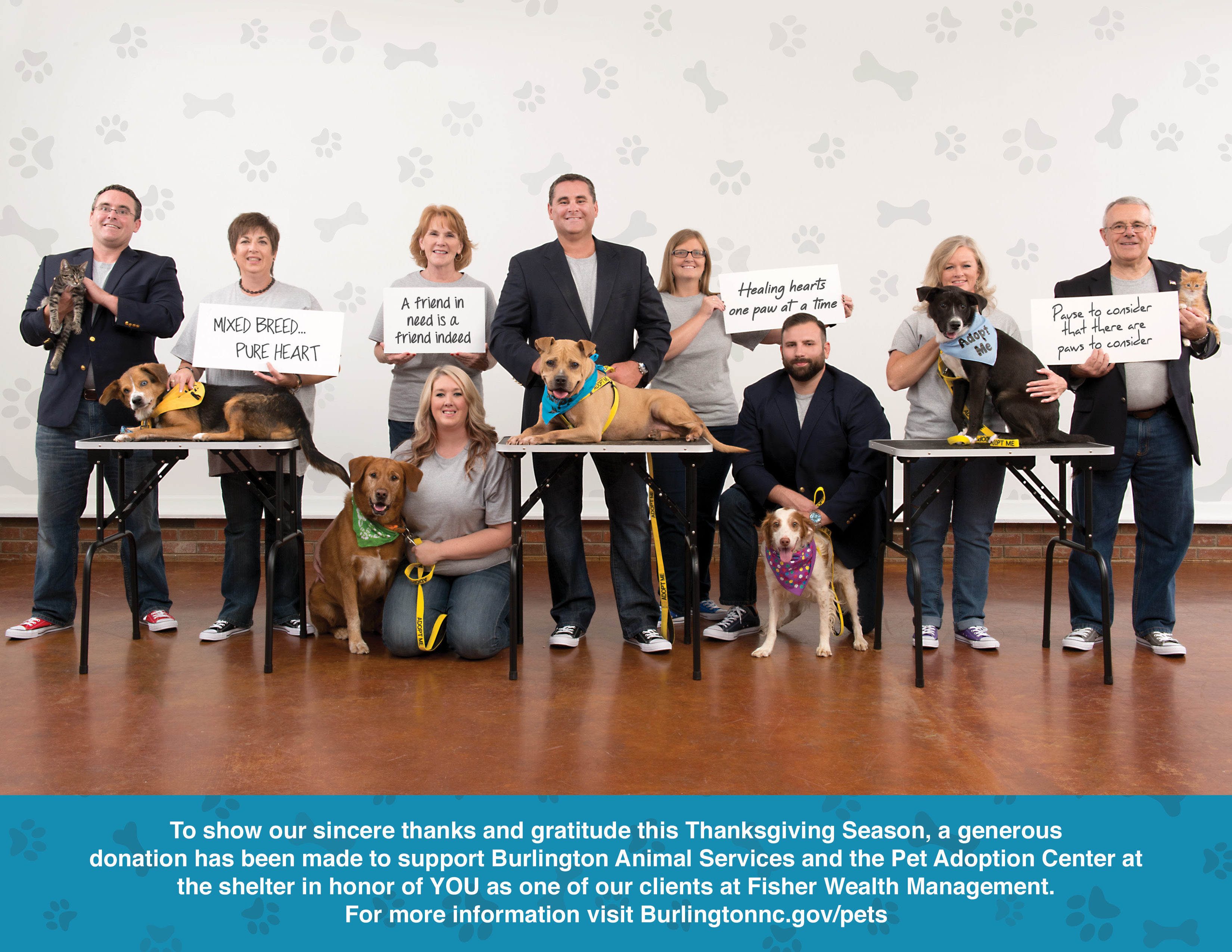 While counting our blessings this Thanksgiving, we here at Exum Photography– in partnership with Fisher Wealth Management– encourage all our friends to consider adopting a new dog or cat from the Pet Adoption Center at the Alamance County Animal Shelter. This is a great way to show some Thanksgiving spirit, because those furry creatures need us as much as we need them! Having an animal companion is clinically proven to help reduce stress- so what better time than over the Thanksgiving holiday to find a stress reducer? Bring a little furry joy into your home when everyone comes together, because there’s always room for a pet at the Thanksgiving table…or under it. The team at Exum Photo and Fisher Wealth Management wish you and your pets safe travels, and a happy holiday weekend! For more information on pet adoption in Alamance County, visit Burlingtonnc.gov/pets or call (336) 578-0343 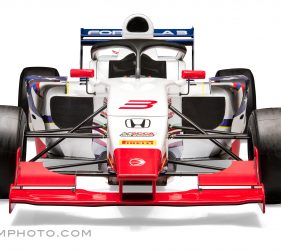 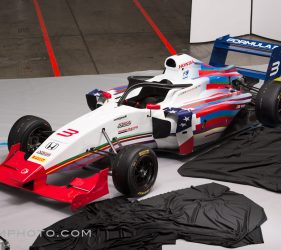 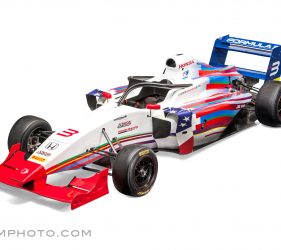 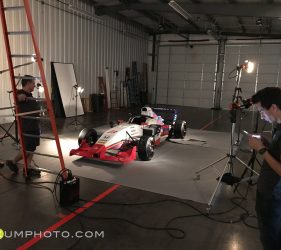 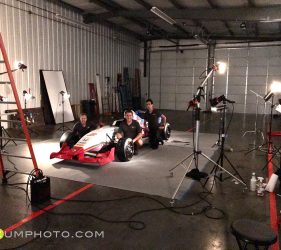 Fisher Wealth Management is a Burlington, NC  based financial advisory team lead by Rick Fisher. They manage retirement savings, college savings, investment accounts and more for their clientele. Exum Photography is one their clients and FWM is one of our clients.  The Fisher Wealth team is on the  Exum Photography Christmas card list receiving our zany Exum family Christmas card every holiday season. Years ago, Rick asked if we would create a custom birthday greeting card they could send to Fisher Wealth clients … something fun and memorable like our holiday cards. With that request, an era of creative birthday greeting card photography began. Our first concept entitled “Hope You Have a Blast!” featured their team crowded around a giant birthday cake with a single sizzling stick of dynamite. The card opened and the dynamite candle had exploded spreading cake innards and frosting all over the staff. The cards have become a unique conversation piece that have helped build rapport between the staff and clients at Fisher Wealth. They help keep their referral business strong with a funny and memorable marketing mailer. After the exploding birthday cake, the next year we created a Happy Days cast, followed by the Rat Pack, then a nod to the movie Saturday Night Fever, The Brady Bunch. Our last card just finished its year of circulation is “Born to Be Wild”. Photography by Steve Exum, Card design by Kelsey Flowers, Costume Design by Steve Exum and Kelsey Flowers. Hair and Make-up by Herita Jones and Jennifer McCollom. 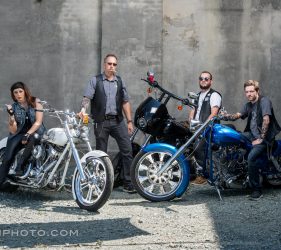 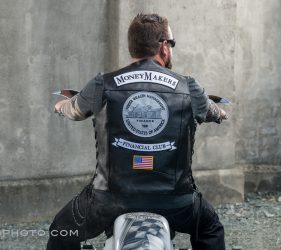 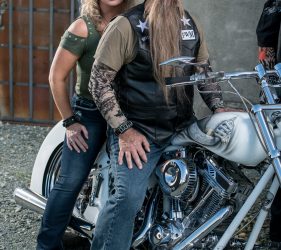 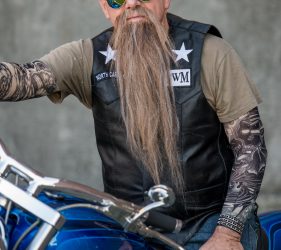 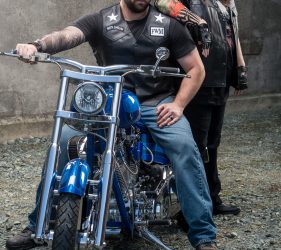 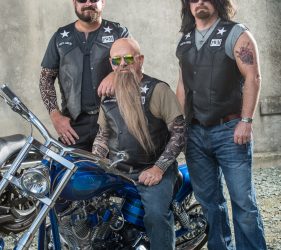 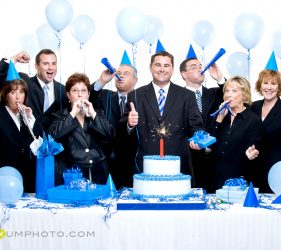 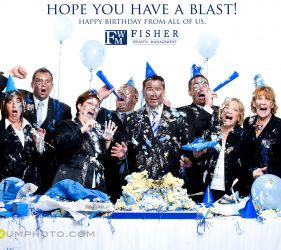 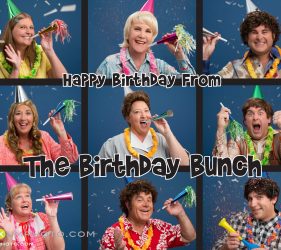 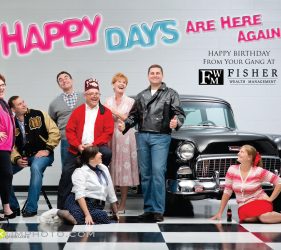 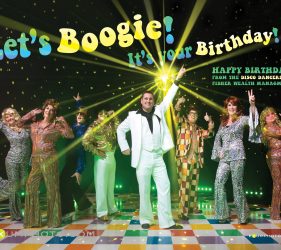 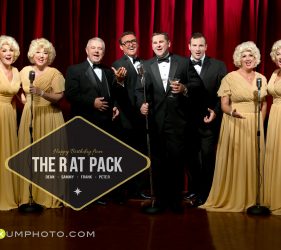